A Shake-Up in Congress? 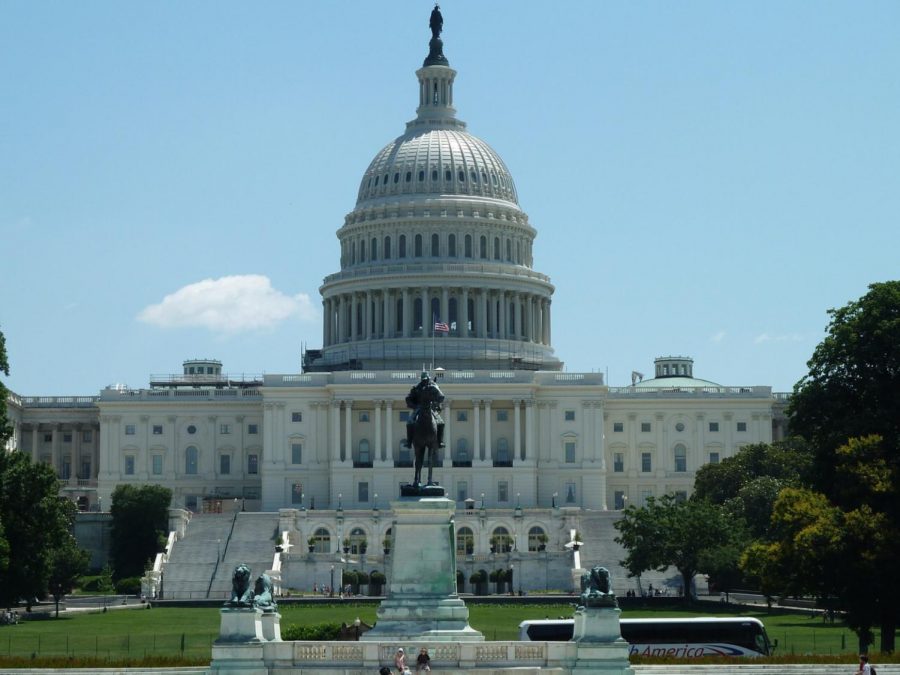 The Democrats Control the House for the First Time Since 2010

In the recent Midterm elections, the Republicans maintained control of the Senate while the Democrats gained control of the House. Previously, both of these parts of Congress were held with a Republican majority, but with 38 seats acquired by Democrats, the House make-up has a blue majority. In the House, 233 seats are Democratic and 199 seats are Republican. This Midterm election has historical significance in the fact that the Democrats led by 8.8 million votes over the Republicans in the race for the House- the largest lead in Midterm history.

In total, all 435 seats were up for election in the House, and the Democrats needed 23 additional seats to secure a victory. They overshot this goal by an additional 15 seats, and crucial victories in historically Republican held districts, such as in New Jersey, California, and Utah, are the reason. When interviewed by The Daily Caller, President Trump placed the reason for Republican losses on the claim that, “people get in line that have absolutely no right to vote and they go around in circles. Sometimes they go to their car, put on a different hat, put on a different shirt, come in and vote again.” In these statements, he’s addressing illegal voting.

Ultimately, the Democrats gathered 53.1% of the total popular vote for the House while Republicans fell short with only 45.2% of the vote. According to FiveThirtyEight, a company that uses polls to forecast events, a blue-leaning turnout for the house was anticipated: there was an 87.9% likelihood of Democrats winning control of the House. Factors such as Trump’s rising yet relatively low approval ratings are to blame for this predicted turnout; polls by FiveThirtyEight state that 52.3% of Americans disapprove of Donald Trump while only 42.9% of Americans approve of him.

The Senate and the House Conflict in Party Representation

Given that of the 35 total seats that were up for reelection in the Senate, only eight had to be defended by Republicans to maintain a majority; it was easily predictable that the Senate would remain red. Nine of the 35 seats were Republican-held, and the Democrats had to maintain their status over their 26 seats that were up for reelection while still acquiring two Republican seats. Also, half of the 26 Democratic seats represent states that were red during Trump’s 2016 election, insinuating the difficulty that faced the Democrats with the race for the Senate. In fact, there was an 81% chance of the Republicans maintaining their majority over the Democrats in the Senate, according to polls by FiveThirtyEight.

The difference in party representation within the Legislative Branch will inhibit legislation in the realms of trade, immigration, health-care, and taxes, all of which are directly influential on the economy, according to CNBC. Government shutdowns, which occur when Congress cannot agree on appropriations that federally fund national operations, are more predictable over the next two years, given the divide in congress. These also occur when the President chooses to not sign these appropriations. Already, Trump is bringing publicity to a potential Shutdown next month about immigration and border security with Mexico. According to Trump, this will be the consequence if a US-Mexican border wall is not funded. This brings pressure on Congress, and the Democrats do not plan to entertain these border ideas.

Summary of Importance and Background of the Legislative Branch

Given the Republican Senate and Democratic House, there will be many more obstacles that face prospective and even current bills. This is due to the fact that the Legislative Branch, composed of House of Representative and Senate Chambers, works such that any bill (potential law) must be first passed through the House via voting, and then through the Senate. The Senate is the chamber that votes on whether the bill should become a law, and if so, it will have to be passed by the president. If the Legislative Branch internally conflicts with views, as it currently does, then what passes through one chamber will be disapproved by the other, thus making for a very unproductive Legislature.