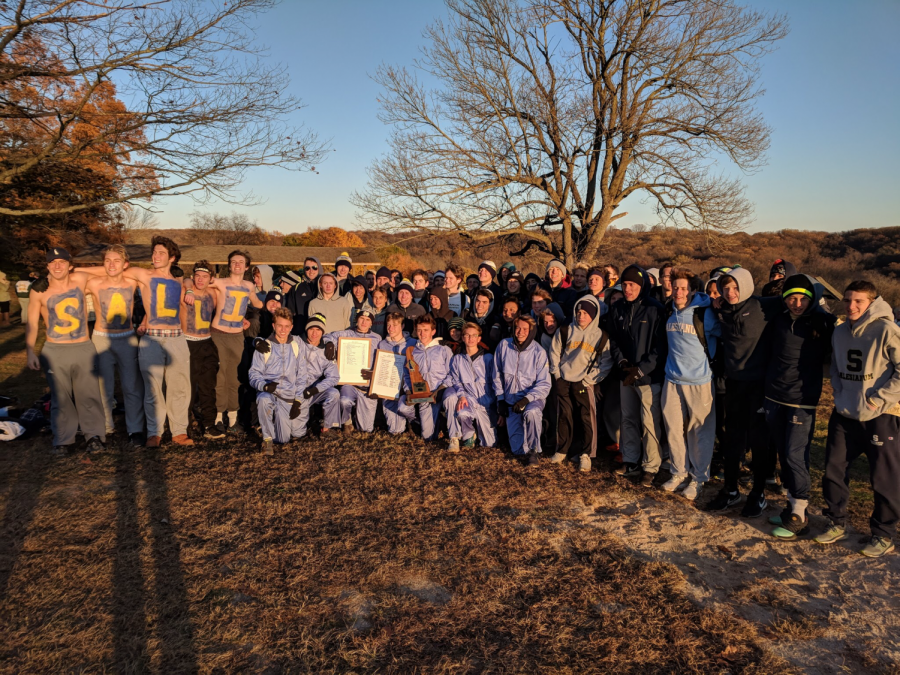 Over the years, Sallies has established itself as an elite competitor when it comes to cross country, and the team lived up the their reputation this year by bringing home another state championship. Statistics wise, the numbers were incredible, with this being the forty-third year out of fifty that Sallies has won it all in the state of Delaware. The past three years straight, they have dominated both states and counties. Surprisingly, the county championship is actually more difficult to win than states because counties involves more schools whereas states is broken up into divisions.

This year, the state championship took place on November 10th at Brandywine Creek State Park. Senior Michael Keenan became state champion for the second year in a row, crossing the finish line with a time of sixteen minutes and slightly over thirty one seconds. Sean Banko, also a senior, came in third place with a time of seventeen minutes and twenty-eight seconds. Both runners have been running on varsity since they began their high school running career at Sallies freshman year. Sean and Michael competed in Nike Cross Country Regionals down in Carey, North Carolina the following weekend as well. Michael came in fifth place while Sean came in seventh, both running for the Ramsey Road club team. Other key runners from Salesianum include Aidan Higley, Ryan Banko, Luke Riley, Connor Elliot and Michael Migliore. All seven runners performed in the top ten places at the state meet, bringing a new state record for lowest place by a seventh runner.

Cross country is a different in a sense from most sports at Salesianum. With cross country, everyone makes the team and can stay on the team if they are truly dedicated to the sport. This comes together and works in perfect harmony when slower teammates push the faster ones as they show the hard work and determination they put in. A quote coach LoSapio would like to share about the team this year is, “The Cross Country program is a truly a family within the school. The guys on the team learn so many lessons about life, their faith, and their fellow Salesian brothers. The hard work the team puts in every day is inspirational.” If you would like to learn more about the cross country team or check out some pictures from this season, be sure to check them out on Instagram and Twitter @salliesrunning.