The 2019 Phillies Season: Disappointment Around the Diamond

Additional Content: Hear What the Philadelphia Fanbase Has to Say About the Season 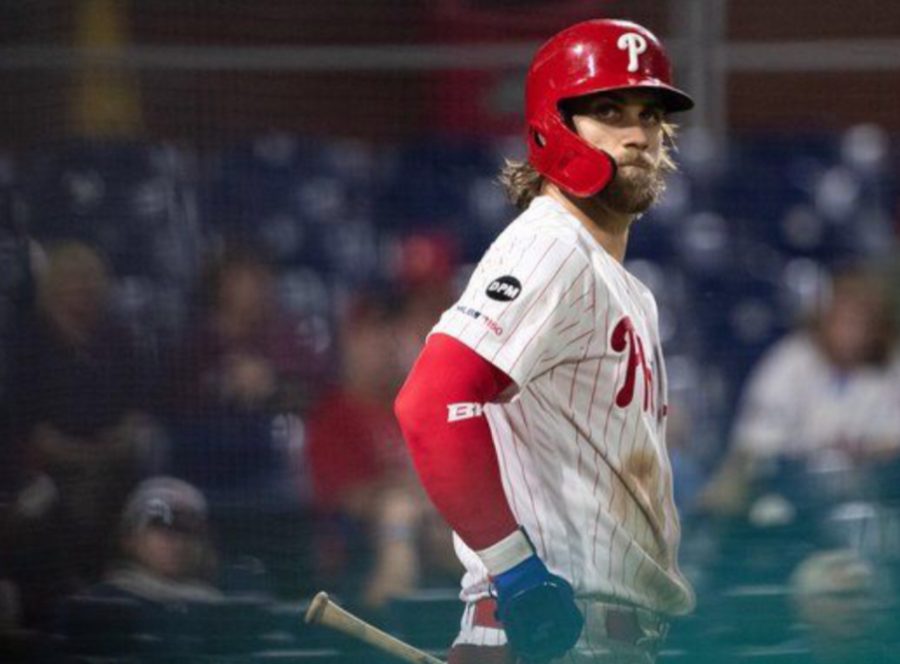 One word to describe the 2019 Phillies season is disappointing. Even the most loyal fan would have to look very h​ard to find a silver lining for this season. So far, the best silver lining available is the outstanding performance of J.T Realmuto. There were injuries and suspensions galore. Among the fallen was the productive lead-off hitter Andrew McCutchen. Most people will probably remark that that’s when the Phillies started to falter, and one honestly can not argue that. When McCutchen was injured three days into June, they had a record of 33-27. Afterwards, their record was 46-56! With the exception of July which, keep in mind had less games played due to the All-Star break, the rest of the season had losing records every month; in fact, all months before were at .500 or above. What does this mean? Well, fans can look at June as the month that the whole operation fell apart. There are tons of additional things one can look into for the Phillies collapse as well.

Vital facets of the game like pitching, an ​awful​ bullpen, injuries, the offense not living up to its potential, and a plethora of other contributors are at play in this equation of collapse. When one thinks of Phillies pitching, the only consistent pitcher that can possibly come to mind is Aaron Nola. He was the only Phillies starting pitcher this season to have an ERA under four. Furthermore, the Phillies pitching is ranked 11th
in the National League, with the bullpen ranked 26th in the entire MLB. Those are not good marks for a team who wants to be one of the five National League teams in the playoffs this season. The offense was a massive disappointment as it ranked 16th in all offenses in the MLB. This statistic is from OddsShark, a database which compiled all of the teams stats and averages and ranked the teams accordingly using an algorithm. Even with the huge amount of big name hitters they signed this season, the team batting ERA is 4.53, only .01 above the league average team ERA. This is a huge disappointment considering all of the hype surrounding their heavy-hitting new players. Adding insult to injury, there was even a Sports Illustrated article that predicted the Phillies going to the World Series! The hype was massive and the disappointment was undeniably larger than that hype. Additional factors like Gabe Kapler’s questionable management, which led to problems in the clubhouse, seemed petty at times. Countless injuries to players like Jake Arrieta, Andrew McCutchen, Pat Neshek, Corey Dickerson, Jay Bruce, and David Robertson among others simply devastated the team, leading to an inevitable downfall. Underperforming against horrific teams like the Miami Marlins, who have the third worst record in the entire league, has also cost them dearly. They are 8-9 against the Marlins this season which is inexcusable for a team calling itself a playoff contender.

In conclusion, it was injuries, horrible pitching, lack of offensive output, and underperforming against beatable teams that made the Phillies look no different from years prior. But as for their future? For one, it is recommended that the Phillies fire Matt Klentak and Gabe Kapler to start fresh and give the team and city new hope. There is definitely enough talent already to get to the playoffs, provided that everyone stays healthy  and management improves as well. The way they performed this season is in no way a testament to the talent of players like Harper, McCutchen, Kingery, Hoskins, Segura, and Realmuto, and Nola. These stellar athletes have proven to have natural talent at America’s Game. Gerrit Cole and Anthony Rendon were possible candidates for additions to the roster. Overall, it depends on whether the team can get more pitching depth and if the offense can perform up to its potential. Until then, fans will have to wait and see, but clearly these loyal fans won’t hold their tongues along with their hopes for the season. In fact, this reporter went to the second to last Phillies game on Saturday and interviewed the fans at the park to get their thoughts on the season.

Enjoy the thoughts of Phillies fans at Citizens Bank!

Surveying the crowd, I asked all of the people whom I interviewed the same question: “What was the biggest problem with the Phillies this year and what will they do next year to improve?” My first two interviews weren’t very fruitful, providing the predictable answers of, “It was all the manager’s fault and we should get rid of him.” Clearly, this is something a lot of fans seem to think. My other two interviews were much more intriguing. I went over to the man ushering the aisle for home plate and asked him the question, to which he responded, “That is a very difficult question to ask, usually I have a very good opinion. I don’t know if it’s management, or if these ball players all underachieved. I don’t know what they’re gonna do for next year, because you got some good ball players out there, but they haven’t been playing up to expectations. A lot of people are saying it’s the manager’s fault, but I really can’t give you a strong opinion. Hopefully, they know what the problem is.”

In light of this delightful and insightful interview, I next surveyed a man who definitely knew his baseball, as he immediately responded “Pitching. They need to go out and get at least one top-of-line starter. They are also need at least one or two new bullpen guys. They also need some new management, a new pitching coach, since Charlie Manuel probably won’t return as a hitting coach as well.” I then asked a follow-up question, inquiring “Which players do you think they should have in mind?” He responded, “Definitely Gerrit Cole, and if not, they should trade for a younger guy. Maybe that guy from Detroit would be a good fit?” That interview definitely provided more insight to the pitching and management woes, but ultimately projecting that Phillies fans still grasp onto the fleeting hopes of a staggering comeback!