Eagles Fly High Above the Jets in Week Five 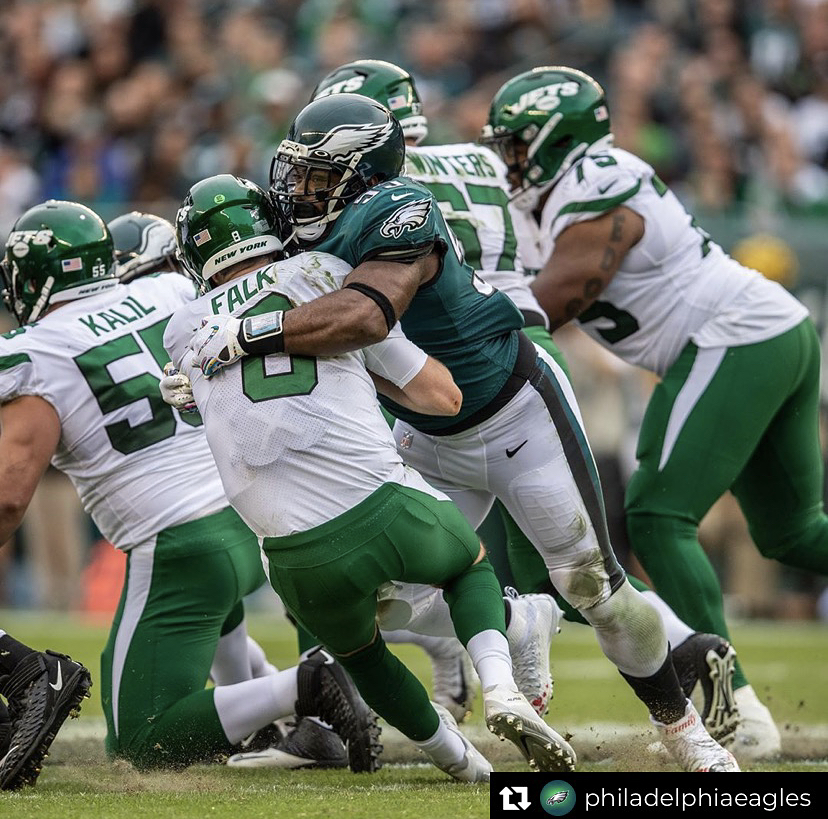 The Philadelphia Eagles soared above their competition from New York on, as the time-honored tune goes, the road to victory.

This past Sunday, the Eagles crushed the Jets at Lincoln Financial Field in South Philly. With a final score of 31-6 in favor of the home team, many fans left the stadium happy. Much of the Birds’ success came from a stellar defensive performance; giving up only 128 total yards to the Jets, the Eagles played well on all defensive fronts. The Jets did not surpass 70 scrimmage yards in neither passing nor rushing. In addition to them preventing the Jets from scoring, the Eagles’ defense scored two touchdowns of their own. The first came less than 10 minutes into the game, when Nathan Gerry returned an interception 51 yards for a score. The other occurred in the second half off of an Orlando Scandrick strip sack. Additionally, the pass rush did a great job on Sunday, sacking Jets’ quarterbacks ten times, the second most in franchise history!

The Eagles were only able to gain 265 total yards, a mediocre total. Carson Wentz finished the game with 189 passing yards and a completion percentage of just under 60%. He had a QB rating of 59.3 for the game. Notable offensive performances were had by Jordan Howard, with 62 rushing yards and a TD; Zach Ertz, with 57 yards and 1 TD on 5 receptions; and Miles Sanders, with 15 rushing yards and 49 receiving yards. Overall, the Eagles’ defense was dominant, but the offense left a lot to be desired.

Many fans felt relieved after watching the Eagles pull off such a blowout, but others were critical of the offense. Many fans pointed out Carson Wentz’s inaccurate passes and dangerous plays. As the Eagles enter a difficult stretch of the season, it is important for them to make the necessary offensive adjustments. The Eagles head up to Minnesota next week to take on the Vikings.