Sixers Dunk on Pistons to Net Their Second Win This Season 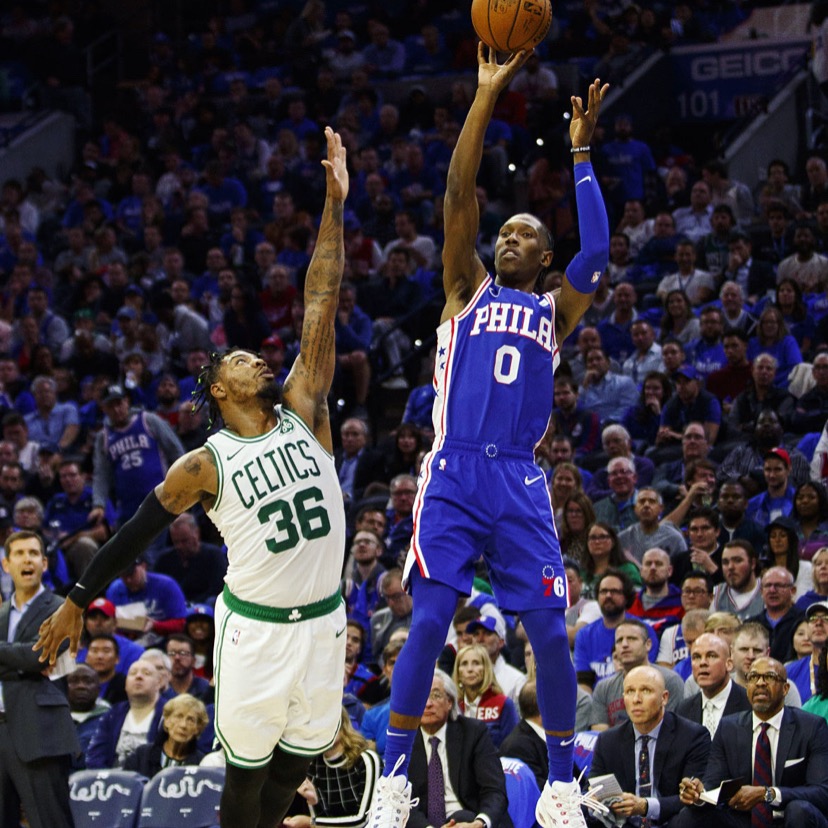 On Saturday night, the Sixers took a win over the Detroit Pistons 117-111. Without star player Joel Embiid on the court, the newly-acquired Al Horford stepped up in the starting center role. Coming off of a big 14-point win against the rival Celtics, the Sixers were looking to remain undefeated.

Much of their success on Saturday night was due to Tobias Harris, though. Harris scored 29 points on 15 shots, with 12 of those points coming from beyond the arc. Horford was able to score 23 points in place of Embiid against the former all-star Andre Drummond. Additionally, fan-favorite Mike Scott managed to knock down 5-of-7 shots for 17 points. All his field goals were three-pointers. Simmons stepped up on defense, stealing the ball SEVEN times from the Pistons offense. Second-year guard Shake Miltom came in clutch towards the end of the game and finished with 10 points in only 12 minutes of playing time.

One sore spot in the Sixers’ win last night was the performance of rookie Matisse Thybulle, who wasn’t able to score for the team last night. He also turned the ball over 4 times. Saturday’s game was his first start in the NBA, so the jitters are understandable, though.

This 2-0 start is the first for the Sixers since the 2013-14 NBA season. The catch: they only won 19 games that year. The Sixers will look to continue their undefeated streak on Monday night against the Hawks. Expect Embiid to remain sidelined in Atlanta, as he is listed day-to-day.