Debunking Defunct Businesses: What Killed These Giant Retailers, and Where Are They Today? 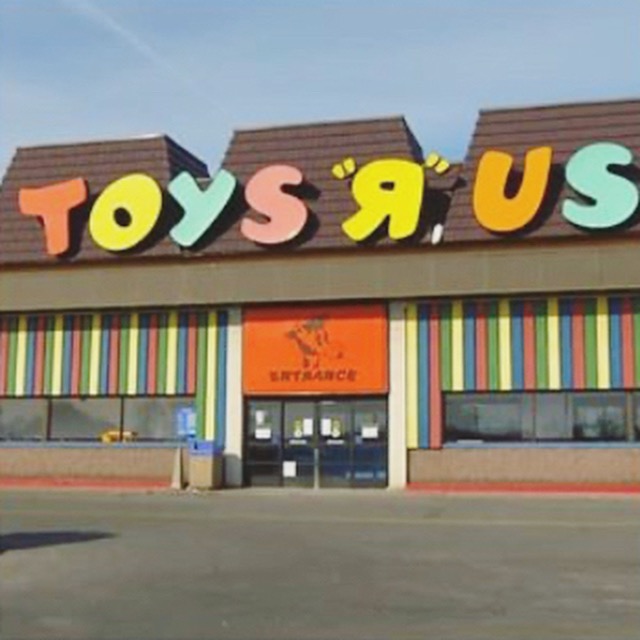 Companies like Blockbuster, RadioShack, and ToysRus will forever live on with fond, yet tainted memories of their legacies. All of these businesses, as many already know, have gone bankrupt and completely closed all of their stores (save for the last remaining independent Blockbuster in Bend, Oregon). Surprisingly, it is very possible to outline the causes of these companies’ downfall, any attempts to stop their decline, and what major results and lessons can be pulled from an ensuing collapse. Surprisingly, the answer is not always Netflix or Amazon forced them out of their strong-armed way into their business and ruined everything. While in the modern economy, these two companies do play a role in most retailers going defunct. Featured here are the reasons why Blockbuster, ToysRus, and RadioShack went bankrupt, and what future enterprises can learn from it.

Blockbuster was the largest video rental store in the world at its prime. In the 1980’s and 1990’s, if you wanted a movie, you were likely to go to Blockbuster. Blockbuster’s innovative movie rental system allowed it to quickly become the largest company in their market. If you thought that they failed to innovate and adapt to the changing industry, then you are only partially right. Netflix did hurt Blockbuster, but not in the way you think. Netflix offered to be bought by Blockbuster for $50 million dollars in 2000 and Blockbuster refused. Blockbuster did this because they preferred to compete with them and they knew that they were a threat. In 2000, people could understand why they would pass that deal up because at that time, as Blockbuster seemed like they could not only do what they did but also do it better. To be more specific, Netflix at that time delivered DVDs by mail, but pricing was based on subscription. For one payment per month, you could have three movies at a time delivered to your house and you didn’t need to leave home. Things like Redbox also posed a threat to Blockbuster.

However, Blockbuster was aware that these things were the future of the industry. It made their own Netflix-like DVD delivery service, as well as its own version of Redbox. The thing is, these implementations came too late and didn’t have the same kind of quality, polish, and pricing of their opponents. Blockbuster underestimated how long it would take for Netflix and Redbox to react at a fast enough rate to compete with a changing marketplace. The product quality didn’t help as well. Netflix is now worth billions and would have completely changed the fate of Blockbuster. Overall, unable to foresee change, failure to innovate, prolonged product launches, and a business model that became outdated too quickly for any changes to be made to fix it all led to the demise of Blockbuster. Blockbuster was bought by Dish in April of 2001 for $320 million. Under Dish, the chain slowly continues to downsize and all that remains now is one store and a website that solely redirects the user to the Dish website. The silver lining is that there is still one last Blockbuster you can physically visit and rent from and it has become a popular tourist destination for reliving nostalgic moments. Clearly, sometimes foresight and a constant focus on innovation is the only way to thrive and stay alive in a market that always demands change.

ToysRus is a company that a lot of people associate with fond, childhood nostalgia. When the company became defunct in 2017, people who had memories of picking out a Webkinz, collecting Pokémon cards, and buying games and other amazing commodities were saddened by the disappearance of their childhood haven. What killed Geoffrey the Giraffe? What did the company do to back itself into a corner? Well, the simple answer is debt. The company was bought in 2005 but was a leveraged buyout, meaning most of the money used to buy the company came from loans. They stockpiled $550 million in debt and were not able to consistently pay the loans because of the changing retail and e-commerce landscape. They had no trouble selling the toys, but they couldn’t make enough money to pay off their massive debt. The buyers were aggressive and didn’t foresee the glaring debt issues to be a problem. The toy giant’s aggressiveness, horrible financial troubles, and ill-advised decision-making led to its inevitable demise. The good thing is that this company is not gone forever. ToysRus and BabiesRus stores are still open in Canada and they are now under the name TRU brands. They are currently undergoing a revival process in the USA which is starting with the opening of two new revamped and innovative stores in Houston and New Jersey this holiday season. Along with this, they are attempting a pop-up circus-esque program called ToysRus Adventure in which they set up attractions in malls along with local entertainment and merchandise. After six months, these stores wrap up the attraction and move elsewhere. This has already begun in Atlanta and had the shopping complex filled to capacity and social media swirling. As of now, things are finally starting to look up for the once defeated toy company.

RadioShack sells electronic parts, cell phones and things one would need for tinkering. The problem is, it’s gone bankrupt twice and has been slowly reviving its lost stores. What are the problems that continue to plague RadioShack? There are a few main reasons. One thing that has been evident for many years is that it has no need to exist in a world where Target, Best Buy, Walmart, and Amazon all offer the same products for lower prices. Since before 1996, it were the only store of its kind. Then K-mart and Sears became competitive, and ever since then the company has been on a steady decline. An over reliance on cell phone sales cost marketers as well. RadioShack made contracts with cell phone providers and sold phones to then sell contracts for Sprint plans. This worked for a while until the providers themselves opened their own stores, rendering RadioShack useless to the providers taking them out of the cell phone business. Yet they still tried to push cell phones after this happened, which only caused customers to start shopping for phones at places like Verizon, Sprint, or AT&T, and not RadioShack. Another problem was the lack of quality inventory. RadioShack had products people didn’t want or could just get on Amazon for a lower price. Accessories like batteries, parts, cords, and other electronics were of horrible quality and high price. When the iPhone 6 was debuted, it was the hottest product there was, and RadioShack didn’t have it. RadioShack has somehow kept 500 stores open, and this is surprising because at one point, it only had 70. RadioShack’s outdated business, horrible inventory, an over-reliance on cell phones, and lack of identity separating it from better electronic stores that do the same thing, has plagued its business for 23 years. The future may be unclear, but the road to regaining prominence in the industry is a long one. It’s do-or-die right now for RadioShack.