NBA Power Rankings: Teams Playoffs-Bound and Players On the Rebound 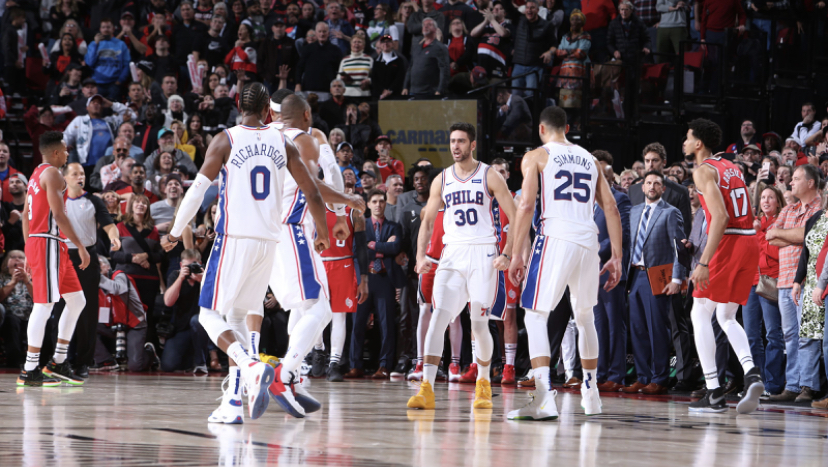 The 2019-20 NBA Season is having one of its most intriguing starts in recent memory, with some teams greatly improving to finish towards the top of many sportswriters’ power rankings, and some that have struggled out of the gate.

In the East, it’s never been more wide open. Although many people expected the Milwaukee Bucks and Philadelphia 76ers to be at the top, it’s the Boston Celtics and Miami Heat that are currently at 1 and 2 in the East. Although the Celtics had a rough loss against the 76ers in their first game, they have rebounded to go on a 6-game winning streak with some of the best defensive plays in the league. As for the Heat, one of the biggest contributors to their success has been Kendrick Nunn, an undrafted rookie who’s currently averaging 17 points per-game. Giannis Antetokounmpo has picked up right where he left off, as the Bucks continue their winning ways and the “Greek Freak” is looking for his 2nd MVP. Philly is also getting off to a great start, as their starting 5 causes mismatches for any team that plays them. Their 3-point shooting might leave something to be desired, but that shouldn’t slow down the Process. Up North, the defending champion Toronto Raptors are looking like a playoff lock. Although the team lost Finals MVP Kawhi Leonard to free agency, Pascal Siakam looks eager to become the star player that the Raptors need.

As always, the Western Conference is currently a bloodbath, hosting multiple teams that have potential to make deep playoff runs. At the top, to little surprise, are the Los Angeles Lakers and Clippers. For the Lakers, LeBron continues to do what he does best, which is controlling the game, as he has recorded a triple-double in his last 3 games. Anthony Davis and Dwight Howard are becoming one of the best 4-5 duos in the league, as their low-post defense is something that the Lakers have been needing for a long time. On the other side of Staples Center, the Clippers have been getting playoff-level production from Kawhi Leonard, further establishing his case as the best two-way player in the league. Also towards the top of the West are two young teams exceeding expectations, the Phoenix Suns and Dallas Mavericks. Notorious for being the NBA’s resident bottom-feeders, it looks like the Suns are getting rid of that narrative, with Devin Booker in All-Star form and a young, exciting supporting cast. Unfortunately, the Golden State Warriors cannot say the same, as their season has been a total culture shock after years of success. The star of their franchise, Stephen Curry, is out for 3 months with a broken hand. Klay Thompson and D’Angelo Russell are also injured, and without their talents, the Warriors are currently at 2-6 and many people are starting to have their doubts on whether this team can find success.