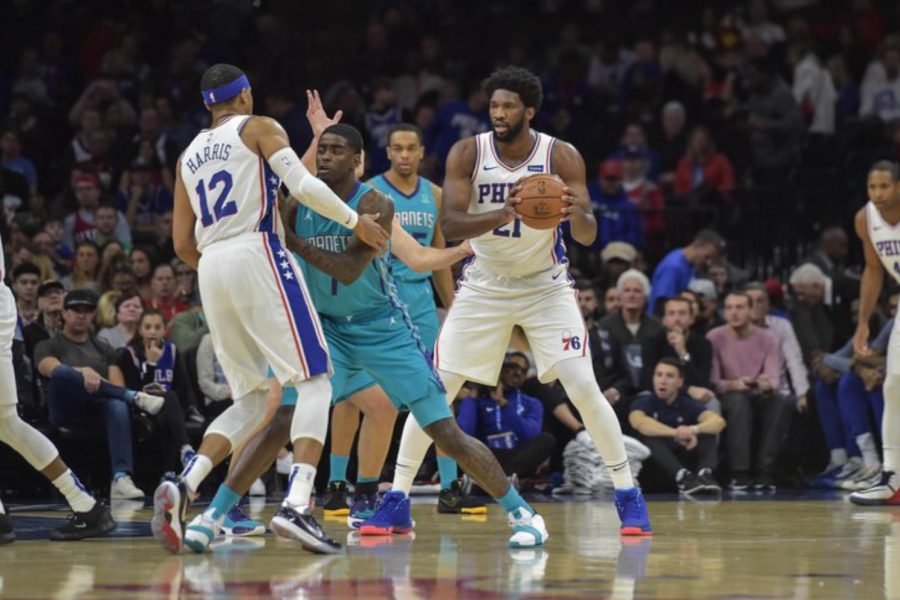 On Sunday evening, the Sixers tipped off in South Philly against the Charlotte Hornets. After starting out the season 5-0, the Sixers dropped 3 straight games. Just 2 nights prior, the Sixers blew a fourth-quarter lead in heartbreaking fashion. The team took to the court on Sunday with a fire ignited under them. Starting center Joel Embiid’s conditioning had been questioned by many critics after Friday’s game, but nevertheless he came out swinging.

In the first quarter alone, Embiid scored 9 points, proving his continued dominance. The Sixers jumped out front to an early lead, outscoring Charlotte by 9 points in the first 12 minutes of play. However, towards the end of the 2nd quarter, the Hornets fought back, closing the gap and taking a 5-point lead, 58-53, heading into halftime.

The Sixers reclaimed the lead in the third period, and staved off the Hornets throughout the entire second half. Charlotte made a late-game push in the final few minutes to close the gap to within 5 points, but the Sixers’ bench took advantage of free throws and closed out the game 114-106 in their favor.

Joel Embiid was the team’s highest scorer, netting 18 points on 6-10 from the field in only 26. Yet he was not able to match opposing center Cody Zeller’s impressive 24-point outing. Also for the Sixers, Furkan Korkmaz scored a surprising 17 points, 9 of which came from beyond the 3-point-arc, adding to his solid season thus far. Other notable scorers were Al Horford with 15, Tobias Harris with 14, and Trey Burke with 12. Josh Richardson finished the game with a team-high of 6 assists, which in sum-total helped net a win for the fightin’ Philadelphians.