Beto Out. Bloomberg In? 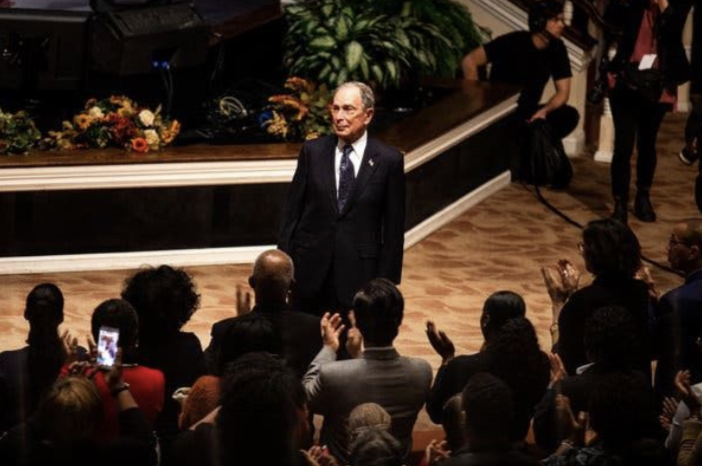 About two weeks ago on November 1st, Beto O’Rourke, 47, ended his bid for the presidency. When he announced this via Twitter, he was polling at around 2%, down from 10% when he initiated his campaign in April. The news follows a poor streak of fundraising that is easily observable in his third quarter fundraisings of only $4.5 million, which is considerably low in comparison to the fundraising of other Democrats such as Bernie Sanders who set a record at about $25.3 million. Beto’s third quarter fundraising fell hopelessly short of what he raised during the first quarter — $9.4 million dollars.
“I am announcing that my service to the country will not be as a candidate or as the nominee.” -Beto O’Rourke

His decision to end his bid also means that the 2% of democratic support that he accumulated will be absorbed into the campaigns of other nominees. Additionally, he is leaving a large and blue “power vacuum” in his home state of Texas where other Democrats now have an opportunity to acquire new support.

Bloomberg in the Race?

Days after Beto O’Rourke announced his withdrawal from the race, billionaire philanthropists and businessman, Michael Bloomberg (pictured) hinted at the possibility of entering the race for the democratic nomination. His decision was promptly met with vigorous support by many members of the moderate left, as well as with strong disapproval by others. To determine how successful Bloomberg’s race would be if he chose to run, Ipsos, a market research and consulting firm, organized a poll from November 12-14th. The poll, which asked independents and Democrats who they would support, suggests that Michael Bloomberg may have as much as 3% of support. This means that if he in theory was currently running, he could be polling at 6th place compared to the other democratic candidates. Otherwise put, he would have more support than a majority of the other democrats.
Bloomberg previously expressed no interest to run, but recent shifts in the tide of the race have stimulated a change in thinking. For one, he cited Joe Biden’s streak of misfortune in the race as a source of his interest in running.

A Summary of Bloomberg and his View on Gun Control

Michael Bloomberg, 77, is most notably recognized for his success in business. Estimates of his net worth are as high at $56 billion, and he acquired much of it through his successful enterprise of Bloomberg LP, which disseminates financial information to investment firms throughout Wall Street. He served three terms as Mayor of New York and has previously been both a Republican and independent. If he chooses to run, he will likely do so on the Democratic ticket.

He is a major advocate for gun control, as one of the leading funders of Everytown for Gun Safety. This anti-gun lobbyist group is a competitive challenger to the NRA.

Despite a largely successful business career, Bloomberg’s history as Mayor of New York is not as bright: he has been criticized over not diligently ending the “stop-and-frisk” policing methods in the city. Stop-and-frisk is a policing method in which civilians walking on the street would be questioned and searched for weapons and such. The method affected African-American and Latino male populations more than others. His unproductive steps towards ending this practice in New York while he served as Mayor in the early 2000s in troublesome for his campaign. In efforts of addressing the problems that he caused certain groups of people throughout NYC by not ending this practice sooner, he just apologized while at an event at the Christian Cultural Center in Brooklyn over the past weekend. His presence at the event is pictured.

The past month and especially the past week have been eventful as new developments unfold in the race for the democratic nomination, and as primaries approach, one thing’s for certain: nothing is slowing down.