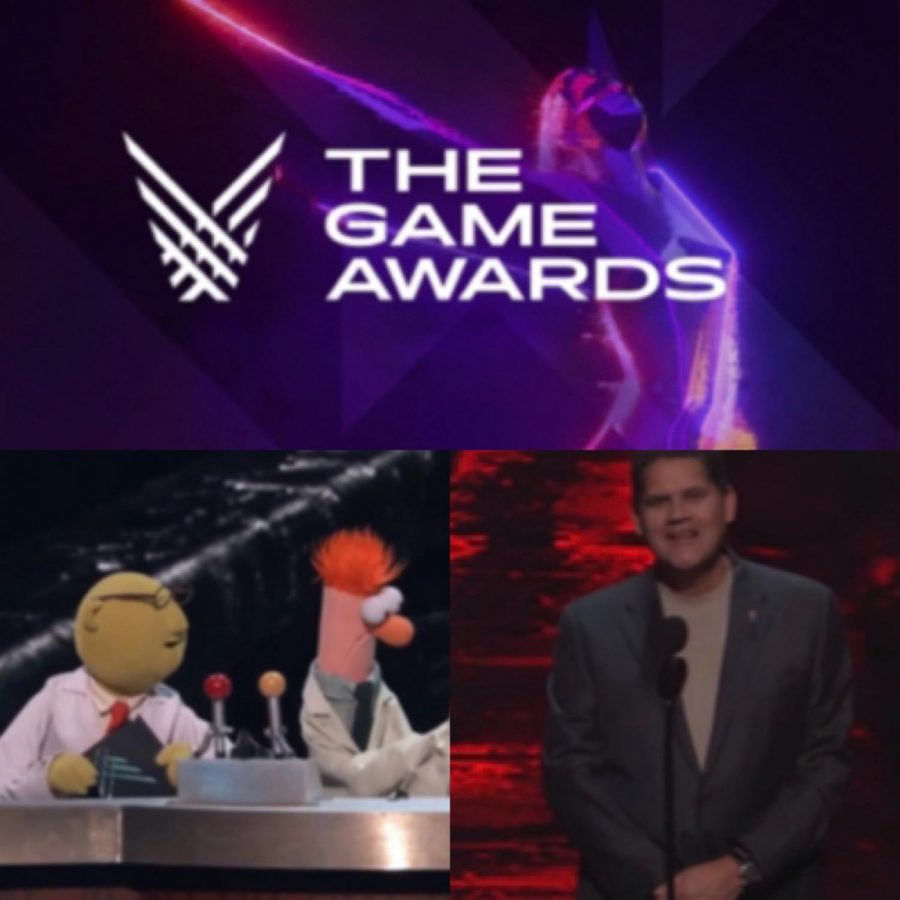 Magic, Reggie, and geese, oh my!

The fifth annual Game Awards went down last week at the Microsoft Theater in California. Created and hosted by gaming media entrepreneur Geoff Keighley, the live show aims to be both a celebration of the entire game industry and a glimpse into the future. Here’s what happened at the Game Awards 2019…and why many people aren’t happy with the show.

This year, over 25 awards were given out in various categories ranging from Best Game Direction and Best Narrative to the ultimate honor of the night, Game of the Year. Winners are selected by combining input from well-established industry critics with lesser-weighted fan voting results. On December 12, many different titles took home awards, but here’s some of the highlights:

For a full list of awards and winners, visit https://thegameawards.com/winners.

Over the last 5 years, the Game Awards has become a platform where companies can show off new trailers for their upcoming games or even premiere a first-look at an entirely new title. This year, many studios large and small took to the stage to reveal new footage and teasers for future projects.

Final Fantasy VII Remake got a new trailer shown during the Game Awards pre-show, and Sony later revealed the full version of their newest Ghosts of Tsushima teaser. Along with these, Riot showed off its upcoming single-player adventure in the League of Legends universe, Ruined King. Microsoft revealed the development of the sequel to the highly praised title Hellblade: Senua’s Sacrifice. Nintendo didn’t have too much to show this year. While many hoped for news about Super Smash Bros. or Zelda: Breath of the Wild II, their biggest new announcement was for Square-Enix’s Switch- exclusive Bravely Default II, an exciting but admittedly niche game. Suda51’s No More Heroes 3 was also teased.

The next console generation also made a surprising appearance. Xbox head Phil Spencer unveiled the title and look of the company’s 8th generation console, the Xbox Series X. On the Sony front, Borderlands publisher Gearbox teased Godfall, one of the first confirmed PlayStation 5 games.

Overall, there weren’t too many groundbreaking reveals this year. The next Xbox was a surprise, but even that seemed kind of glossed over at the show, a problem that the Game Awards continued to have.

Before discussing the high backlash to the Game Awards this year, here’s a brief summary of highlights from the live awards portion of the show:

The Game Awards live orchestra returned this year and performed music from Death Stranding and Ghosts of Tsushima along with their Game of the Year Medley to end the show. Live artists Chvrches and Grimes also were in attendance to celebrate the music of Death Stranding and the upcoming Cyberpunk 2077, respectively. On the music front, Green Day performed live at the show, along with the announcement of a Green Day DLC Pack for Beat Saber.

Many special guests were in attendance as presenters for the Game Awards 2019. Well-known and cheerful game artist Ikumi Nakamura presented Best Art Direction, and actor Normon Reedus of Death Stranding and The Walking Dead presented Best Action Game. Dr. Bunsun Honeydew and Beaker of the Muppets crossed over with Untitled Goose Game to introduce the Games for Impact award, and Vin Diesel and Michelle Rodriguez of The Fast and the Furious fame presented Game of the Year. The most impactful speech of the night was given by former Nintendo of America president Reggie Fils-Aimé. Before announcing the winner of the Fresh Indie Studio award, Reggie discussed the importance of supporting small independent developers and how gaming as an artistic medium has surpassed traditional media by uniting all of the design acting, music, and production industries under one creative outlet. His words were a great celebration of the industry – and an example that the Game Awards could learn from.

So, with all that to offer, why were people unhappy with the Game Awards this year?
Firstly, there were many, many, many ads. The Game Awards obviously needs to fund its production, but the advertisements seemed nonstop this year. Some awards were even awkwardly sponsored by Samsung or Subway. The real problem lies in the fact that the same companies played many of the same ads over and over again throughout the show. There was recently a spike in memes and jokes about Magic: The Gathering online. That game was the worst offender, and the same commercial for it played during what seemed like every break.

Online, many people have called the show this year boring. The frequent and redundant ads play a role in that, but the problem largely stems from few hard-hitting world premieres. The Game Awards is an awards show, but it sets itself up to be a platform for huge gaming announcements as well. This year, there were not enough big reveals to live up to that hype. Nothing excited people on a gaming industry level. Admittedly, some fault for this rests with those viewers who went in with unrealistic expectations, but the show did not even handle their best premieres correctly. The reveal of the Xbox Series X, one of the biggest and most unexpected industry-shaping announcements of the night, was sort of breezed over. Phil Spencer got to speak briefly after the trailer, but then the camera was back to the host and the show was just “moving on.” This awkward pacing was present throughout the show, and very few announcements were presented in a way that made them feel special. It created a sense that nothing revealed had any gravity. The show itself killed the hype for many of its own premieres.

In this reporter’s opinion, the show should not have ended with the reveal of The Fast and The Furious game. The Game Awards obviously wanted Vin Diesel and Michelle Rodriguez to present the Game of the Year award, but the reveal just had awful timing. Viewers expected the final announcement of the night to be huge, and all they got was a movie tie-in game. That’s not the way to show off the creativity and unique imagination of the gaming industry.

The final aspect of the Game Awards that many people take issue with is arguably its worst problem. The Game Awards is supposed to be an awards show celebrating the industry, and yet it always feels as if none of the awards matter. For starters, not all awards are even presented on stage. Many are sidelined to the host platform and are given very quickly with no pomp and circumstance. For these awards, the names of the nominees are all read off, and then a winner is announced. The audience claps, and within three seconds, the next award’s nominees are being announced. With the sidelined awards, the winners usually don’t even get to speak. With this pattern, three awards are given in a matter of 2 minutes or less, and it really takes away from the significance of each award. The “lighting-round” style has always been an issue at the Game Awards, but this year specifically it looked worse than in the past.

Even those awards lucky enough to be presented live on the main stage seem a bit mishandled. Presenter speeches before awards are usually short and highly generic, and sometimes they don’t fit well at all. As creative as this year’s Muppet gag was, all the jokes took away the real meaning from the award they were presenting, Games for Impact. That honor is supposed to recognize a game that made a difference and spread a positive message. Instead of talking about that, the Muppets literally honked around with a goose. The skit was entertaining, but it should have been placed with some other, more appropriate award.

In the future, the Game Awards should learn from Reggie Fils-Aimé’s presentation of the Fresh Indie Studio award. His heartfelt speech about independent developers was well done, and it was a glimpse of the impact that the entirety of the show should be aiming to capture. By tracing all game companies to indie roots, Reggie made everyone realize how important independent studios are to the industry. Suddenly, the award he was presenting mattered. When new studio ZA / UM was announced as the winner, viewers were able to better appreciate the clear work and heart that had gone into the creation of their game, Disco Elysium. It was the only moment of the show where the pacing seemed exactly right. Reggie’s reflection allowed viewers to stop and smell the roses, admiring the best the gaming industry had to offer.

The Game Awards is first and foremost an awards show, and the awards, not the premieres or the ads, should be the most impactful and most memorable part of the evening. This year, the show seemed to lose sight of that goal, and hopefully improvements can be made. If future awards are all handled with the respect and care that Reggie showed in his presentation, the Game Awards could truly become gaming’s biggest night.