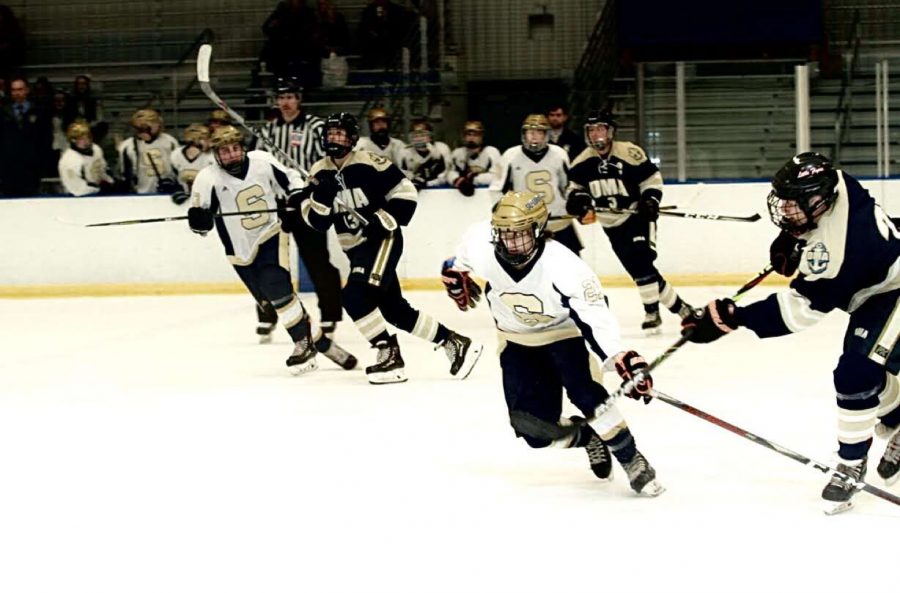 As the third period was coming to close in Monday night’s playoff hockey game, it was clear that, despite the competitive match, Salesianum was the superior team on the ice. Salesianum’s speed and physicality could not be matched by St. Marks. The only goal that St. Marks put up was a result of a turnover and breakaway that gave goalie Aidan Kikut no chance. Cam Bergman dominated the Spartans as he scored a hat trick in the 6-1 victory. As a result of the team’s semifinal victory on Monday night, they have punched themselves a ticket to the DE Cup State Championships. The championship game will be played in UD’s Fred Rust Ice Arena in Newark DE, at 7:45. Please come out and support the hockey team so we can dwarf the crowd DMA is bringing and help them win this incredibly important game! If you can’t be there, there will be a live broadcast of the game that will be on YouTube. Their opponent, DMA, has split the season series with Salesianum, so it should be a close match. Go Sals!