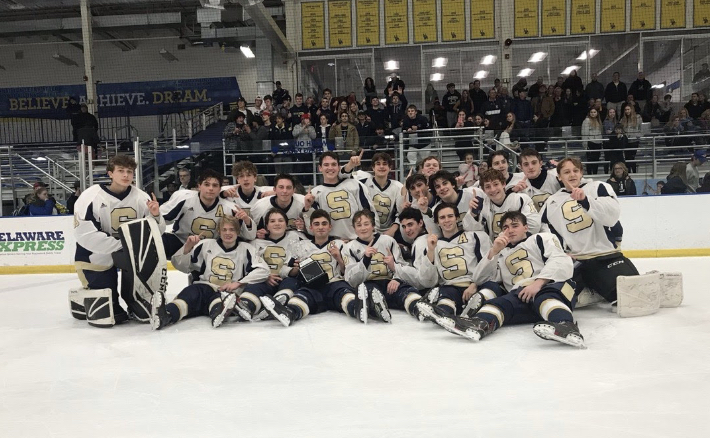 It was a clear win for Sallies Ice Hockey. A 1-7 win against DMA earned them the trophy. The game was incredibly physical, and multiple players were ejected. The student section showed out, and it may have been the loudest student section at a Salesianum hockey game ever. If you would like to see some highlights of the game, you can see that here. Based on their dominant win, it is clear as day that Sallies was the best team in Delaware this season.