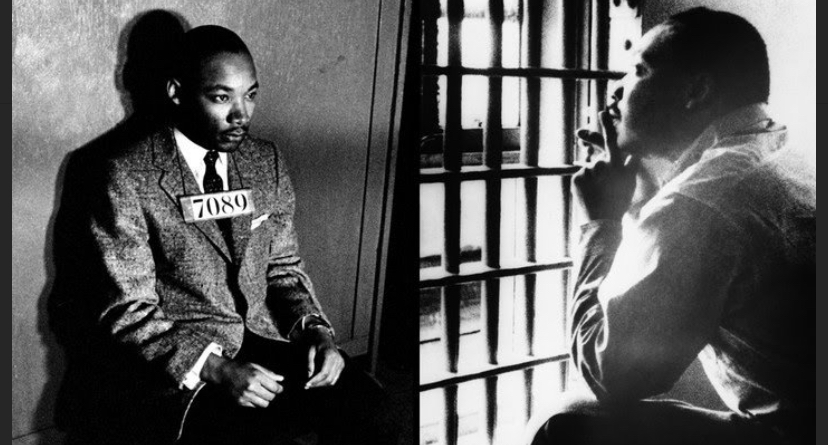 From ​Just Mercy t​o Rules for a Knight ​to ​Tribe​, the selections for Salesianum’s One School One Book are a reflection of necessary Salesian values and relevant social developments. But in 2020, a year defined by unimaginable loss and an uncertain socio-political climate, the school took a slightly different approach. Rather than a novel, students and faculty had the opportunity to read one of the most important documents from the Civil Rights Movement: Martin Luther King Jr.’s “Letter from Birmingham Jail.”

On April 12, 1963, King and many other activists were arrested in Birmingham, Alabama for violating a court junction which prohibited any organized, public demonstrations against racial segregation. While facing unusually harsh conditions in prison, King received a smuggled newspaper which had published “A Call for Unity,” a statement from eight white Alabama clergymen denouncing King’s methods of taking action. This provoked him to write a detailed, passionate response, starting on the very newspaper that the statement was printed on, which would be later known as “Letter from Birmingham Jail.”

The initial spark to read this document for One School One Book came from Mr. ​Kennealey, and a group including Mr. Jackson, Mr. Ryan, as well as members from the​ history, English, and innovation wings discussed how the letter will be incorporated into the school year. “Because of the civil unrest that we’ve been having for the last couple of months and over the summer,” says Mr. Jackson, “we thought that [the Letter] might be the best thing to read, simply because it’s content is relevant to what we’re talking about today.”

This relevance found in King’s writing paints a shocking portrait of modern America, and how much still needs to be done in this country to even just address racial discrimination. Part of this involves talking about these important topics amongst ourselves, and Salesianum plans to use its Wednesday Chapter meetings to do exactly that. Mr. Jackson explains that “Letter from Birmingham Jail” will be used as a “catalyst for conversation” while talking about race and the history of racism. Moderators plan to use the Letter throughout the year to connect our conversations about the issues of today to the very same issues that Martin Luther King Jr. wrote about 57 years ago.

However, rather than attempting to persuade others or prove each other wrong when it comes to these important issues, even when many Salesianum students can’t always agree, the school wants us to have a dialogue. “In dialogue, there is no ending,” Mr. Jackson states. “Dialogue is just shared meaning. Dialogue is building relationships. Dialogue is respecting perspectives; even though you may disagree with [or] don’t like a perspective, you still understand that this person ​has​ a perspective.” He gives a reminder that, despite mistakes we may make in our discussions, we’re all still united under the roof of our shared House of Sales, and our dialogue will further enhance this relationship.

Uncertain times lie ahead in the remaining months of 2020, but that shouldn’t prevent us from searching for the light at the end of the tunnel. Now more than ever is a time for us to unite as Salesians rather than create a divide, and our upcoming Chapter discussions could be a small but necessary step forward in this regard.