The Philadelphia Eagles Have Had So Many Opportunities to Find That Perfect Receiver. Let's Dive Into What Could Have Been. 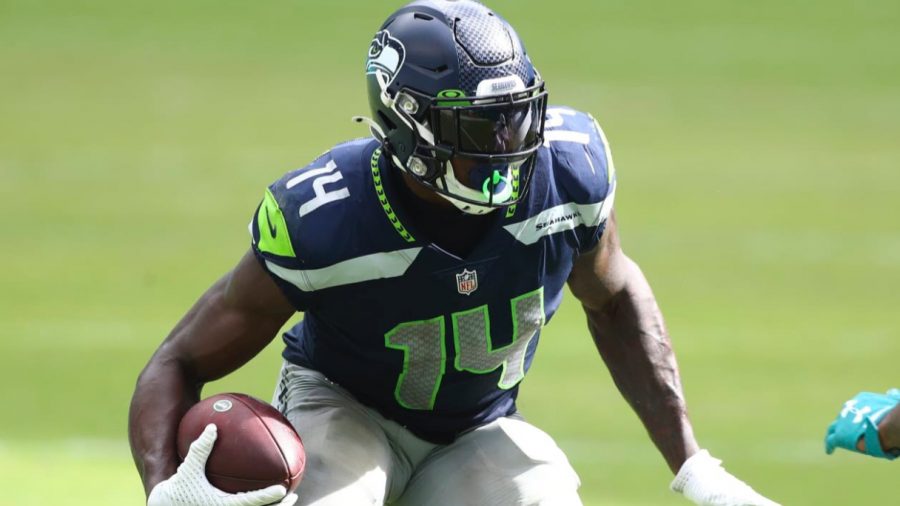 Philadelphia Eagles fans have criticized Howie Roseman’s inability to draft for years. One big play this weekend proved he might have to upgrade his drafting ability.

When the Philadelphia Eagles brought in Roseman in 2000, Jeffrey Lurie had found his GM. Since then, Roseman has led the team to fourteen playoff berths, ten division titles, six NFC Championship appearances, two NFC Championships and trips to both Super Bowl XXXIX and Super Bowl LII. Of course, the Eagles’s only Super Bowl win occurred in 2017 when Nick Foles led the Eagles as underdogs after Carson Wentz went down. That year Roseman signed some great free agents and made some big trades leading to their Super Bowl win.

In the 2020 draft the Eagles were desperate for wide receivers. It was almost guaranteed that they would draft one, but Howie Roseman selected who many fans have deemed the wrong one. With the 21st pick in the 2020 NFL Draft, the Philadelphia Eagles selected Jalen Reagor, wide receiver out of TCU. This didn’t make Eagles fans very happy. Roseman had the opportunity to trade up and draft Jerry Jeudy, CeeDee Lamb and Henry Ruggs III, but he didn’t. All three are killing it so far in the NFL. Not to mention CeeDee Lamb is now with the hated rival, the Dallas Cowboys. Justin Jefferson was also taken as a pick after the Eagles and has 28 receptions, 537 yards and three touchdowns for the Minnesota Vikings so far this season.

Many fans can agree that one of these picks worked out very well for one team and the other not so much.  That team is the Seattle Seahawks. Metcalf can straight up play. This weekend his quarterback, Russell Wilson, threw an interception to Budda Baker and it looked as if it was a walk-in touchdown for the Arizona Cardinals. Metcalf wasn’t having it. He stormed up the sideline, chasing Baker and somehow caught him. Metcalf was about five yards away from him, but ran 22.4 mph to catch up to him and tackle him. Not only is he a stud on the field but he has also shown loads of effort, something that many players lack.

Since 2019, Arcega-Whiteside has a total of 12 receptions, 214 yards and one touchdown. On the other hand, Metcalf has a total of 82 receptions, 1,419 yards and 12 touchdowns. Every time Metcalf goes all out, Eagles fans declare that they could’ve had Metcalf, which is true. But Howie Roseman chose the wrong receiver. Dave Zangaro of NBC Sports Philadelphia stated that “…after watching Metcalf’s brilliance, I thought about J.J. Arcega-Whiteside from earlier that afternoon. Instead of a guy who looks to be an all-pro, the Eagles got the guy who can’t get on the field.” Arcega-Whiteside can’t get on the field because he seems to be injury prone and can’t seem to catch anything.

Out of pure luck, the Eagles might’ve found their guy, Travis Fulgham has shown potential and may be a superstar in the making. He has 23 receptions, 357 yards and three touchdowns through seven games in 2020. He joined Terrell Owens as the only Eagles player to have a touchdown in each of their first three games since 2004. He was drafted by the Colts last year and struggled. He was released by the Colts and the Eagles found their guy. However, one potentially great receiver doesn’t make up for DK Metcalf, CeeDee Lamb, Jerry Jeudy, Henry Ruggs III and Justin Jefferson. Fans may never forgive Roseman for this. He has had success with the organization, but a lot of fans feel like there is room for improvement when it comes to the draft.