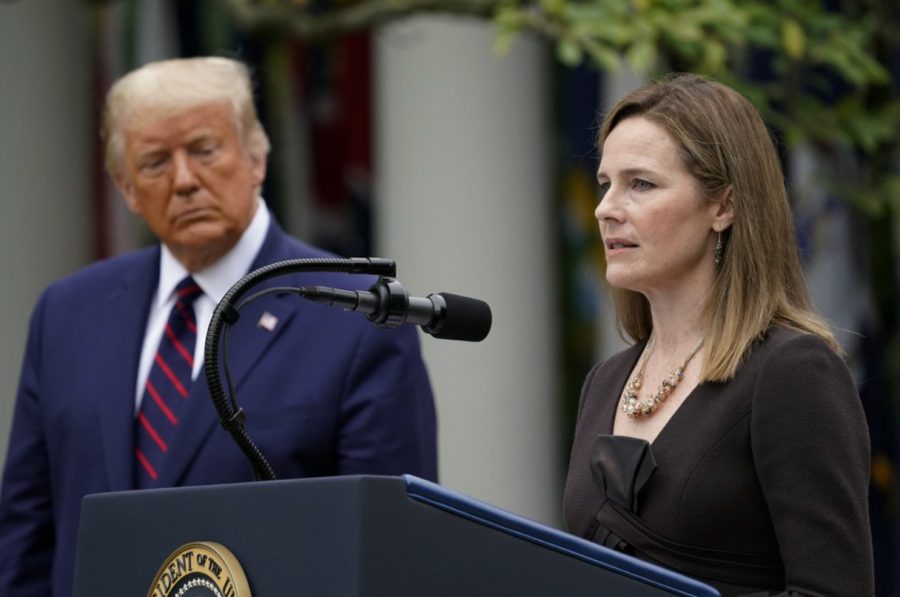 The Senate recently voted and Amy Coney Barrett is now a Supreme Court Justice. With a 52-48 vote, she has taken the judicial oath administered by Chief Justice Roberts. However, the road to becoming a Justice was filled with contention. The details of this are what follow.

The Senate Judiciary Committee just recently held the confirmation hearings for Supreme Court nominee Amy Coney Barrett. The issue of this nomination has recently claimed national attention, following the passing of late Supreme Court Judge Ruth Bader Ginsburg. Shortly after the confirmation hearings, President Trump released a statement on Twitter saying, “We have this obligation, without delay!” The question that many people have is why this has become such a major topic of discussion.

The purpose of this confirmation hearing was for the Senate Judiciary Committee to question the former nominee and now evaluate her qualifications, judgment, and stance on a gamut of issues. The main topic of discussion was Barrett’s stance on the Affordable Care Act, otherwise known as Obamacare. The purpose of the Affordable Care Act is to make affordable health insurance available to more people, expand the Medicaid program, and support innovative methods for lowering the costs of health care generally.

Now, to the point on why her nomination has become such a major debate. In this moment leading up to the presidential election, the issue of the nomination has been brought up by the presidential candidates at both the debates and while campaigning. Republicans have pushed for this confirmation process to be completed before the election in order to gain a 6-3 conservative Supreme Court majority, which is now present. They also felt that she is highly qualified for the position and will serve to the best of her ability. They believe that she will push to repeal the Affordable Care Act, prevent the ending of the filibuster, and overturn Roe v. Wade.

Democrats were against this recent process for many reasons. They felt that the president who wins this next election should be the one whose nominee gets appointed to the Supreme Court, and they disagree with her views on certain policies, notably on the Affordable Care Act. In addition, given Amy Coney Barrett’s Catholic background, they are concerned that she will be significantly motivated by her religious beliefs. For these reasons as well as others, they viewed it as problematic that the nomination was pushed for completion before the election.

This current process has shown hypocrisy on both sides of the aisle. In 2016 when Supreme Court Justice Antonin Scalia died, this same debate happened, although not in the same way you would think. Mitch McConnell, the Senate Majority Leader, has been in full support of Amy Coney Barrett and President Trump’s push for her to be appointed. In 2016, he supported the idea that a successor for Justice Scalia should not be considered until after the election. The Democrats at the same time were pushing for this process to be completed before the end of the election. Even Ruth Bader Ginsburg herself in 2016 said that the President is in his position for 4 years and has every right to push for the process to be finished before an election has ended.

This whole process has also started to show our country’s loss of bipartisanship in government. Continually throughout the years, the votes that approve of the Supreme Court Nominees have gotten to be fewer and fewer. There have always been close votes, but many historical candidates have received almost the entire support of the Senate. Recently, however, Senate Judiciary Committee Democrats did not even show up to the vote that determined whether the nomination vote would advance to the full Senate in protest of Amy Coney Barrett and her positions.

Now, with Amy Coney Barrett as a Justice on the Supreme Court, we will have to wait and see what she will do with the rest of her career.