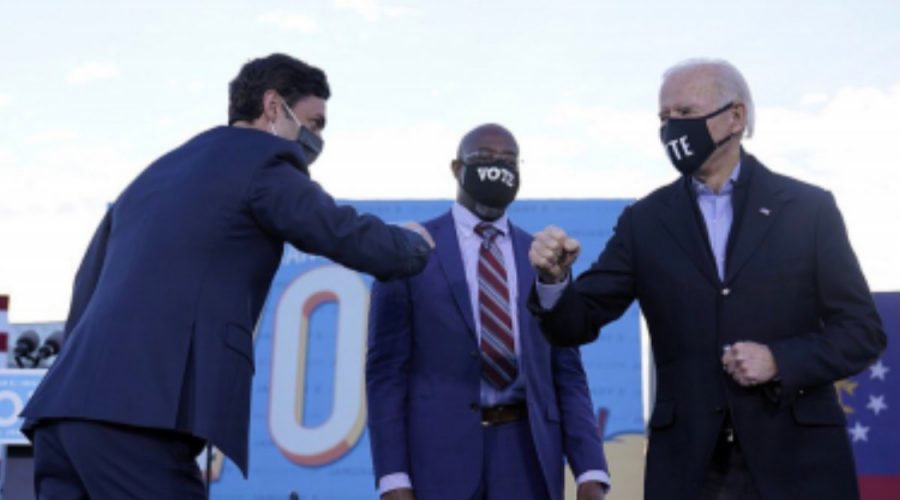 With senate control hanging in the balance, Georgia voters took to the polls on Wednesday to vote in two Georgia senate races between Jon Ossoff and David Perdue, and Kelly Loeffler and Raphael Warnock. David Perdue and Jon Ossoff originally got the highest percentage of votes in their respective races when the general election was held in November of last year, but a Georgia law that requires candidates to attain 50% of their state’s votes to be elected forced both races to runoffs that were held on January 5th of the new year.

Early polling gave Jon Ossoff an advantage of 1.8 points over David Perdue and Raphael Warnock an advantage of 2.1 points in his race against Kelly Loeffler. These polls would turn out to be remarkably similar to the results on election night as Ossoff and Warnock went on to win their races by 1.2% and 2%, respectively. This leaves the senate with a 50-50 split, but Vice President-Elect Kamala Harris, a Democrat, would cast the deciding vote in legislative disputes, effectively giving the Democratic Party full control of congress and the presidency for the first time since 2011.

In a speech to supporters in Atlanta, Georgia, President-Elect Joe Biden made a final campaign pitch for the two Democratic candidates mere hours before polls opened the following morning.

“This is not an exaggeration: Georgia, the whole nation is looking to you to lead us forward,” Biden said. “As President, I don’t believe your United States Senators are going to work for me, they work for the people of Georgia. That’s why I’m not asking your senators to be loyal to me, I believe they should be loyal to you, to Georgia, the United States Constitution, period.”

Ninety miles away in Dalton, Georgia, Trump additionally expressed how important the senate runoffs are to the future of this country:

“Jon Ossoff and Raphael Warnock are fringe extremists who would wreck everything Georgia patriots hold dear to their hearts,” Trump said, addressing a roaring crowd of Georgia conservatives.

The following morning, as news broke that Democrats were projected to win both senate seats, Joe Biden delivered an enthusiastic congratulations to the people of Georgia in a statement.

“I congratulate the people of Georgia, who turned out in record numbers once again, just as they did in November, to elect two new senators, demand action, and call on our elected leaders to end the gridlock and move us forward as a nation,” the statement read.

The two Georgia victories make Joe Biden’s vision on important issues such as how to handle the Covid-19 crisis a lot more likely to be fulfilled as he prepares to take the oath of office in less than a week.