WandaVision: New Concept and Character Developments Prove to Be Marvel-ous 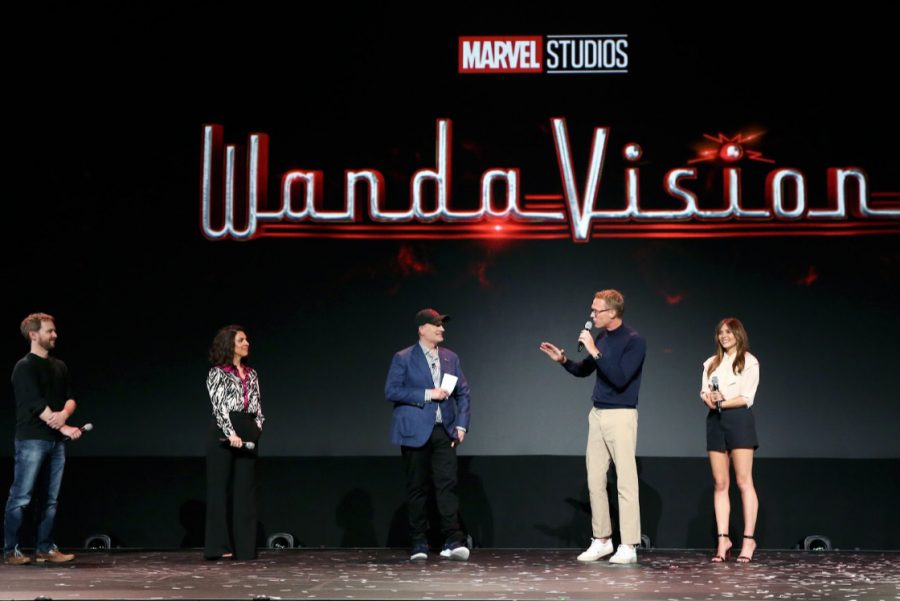 The first two episodes of WandaVision have officially come out on Disney+ this past Friday. The anticipation of the series has been immense and now that it has been released, it has not let up. The series is also a great achievement for Marvel, creating something entirely unique.

The first two episodes, as I previously established, are something completely new and a fresh take on the old Marvel formula. The episodes rely heavily on old 1950s-1960s era sitcoms and foreshadowing of future events. The classic sitcoms troupes filed throughout the series is also a background to something sinister, detailed by the Hydra symbols easter-egging us on. Throughout the second episode, the radio scene and its respective ending raise some serious questions about where the story is headed.

I thought WandaVision was a breath of fresh air, so to speak, giving previous characters I did not care about the chance for me to connect to them personally. Wanda is a character that really wasn’t in the story until Civil War and her character never really sparked to me. Her importance yet lack of screen time in Infinity War was personally jarring. WandaVision took her character and provided a much-needed metamorphosis. Vision was also always a flat character in my eyes. He was always overshadowed by the other Avengers in the franchise. To see these two take the spotlight is at times unsettling, but seeing them develop into more holistic characters, at least thus far, serves me with a sense of calming closure.

After Friday’s launch, the Internet was blowing up with theories about where the series is heading. Some suggest that Wanda put herself in a world because the death of Vision drove her grief down a dark path. An equally sinister thought is that Hydra or some type of evil has captured and is experimenting on Wanda and the events of the episodes are her brain going through said experiments. Either way, I’m excited to see where it goes and I can confidently say that it is a good series, watch it!