A Night at the Theatre: Part I, Incident at Vichy 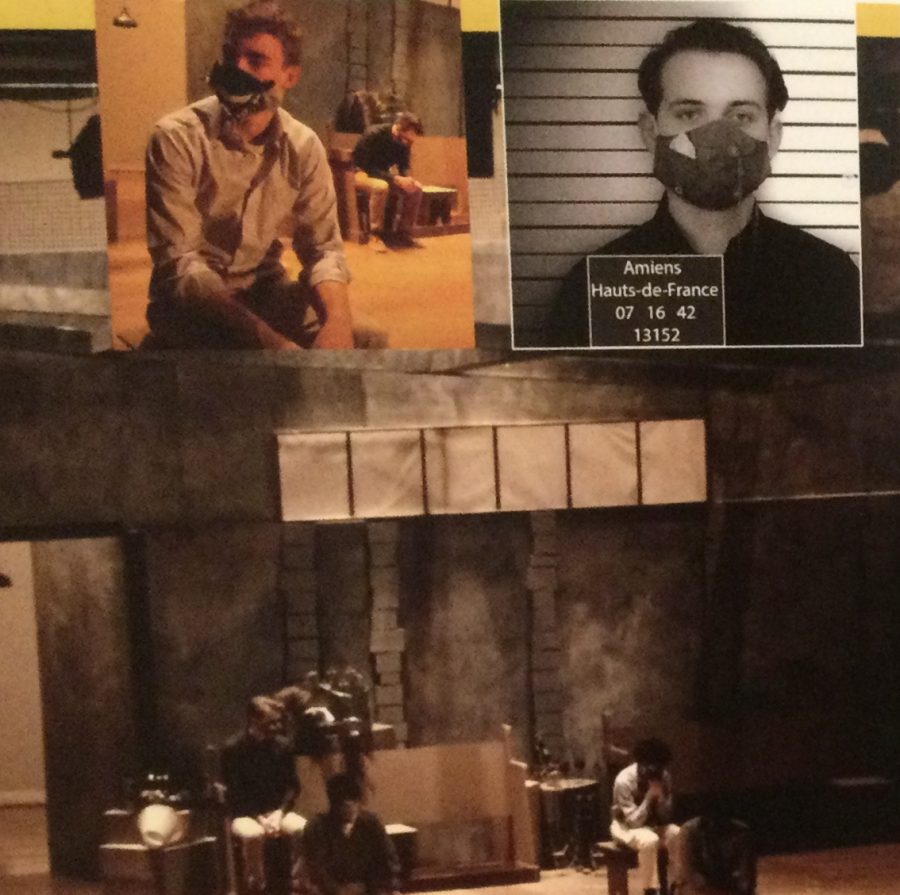 In the fall, Salesianum produced Incident at Vichy, a show about a group of men who are being held for “racial” inspection in Vichy, France during the Nazi occupation. It was a very different process with not everyone being in school during practice and no students from Padua and Ursuline allowed in school. The rehearsal process started in Mid-September and it was released to the public on December 18, 2020. We interviewed Seamus Oliver, who played Prince von Burg, about the process of being in a show during a global pandemic.

What was it like participating in Incident at Vichy?

Incident at Vichy was the first Salesianum show to return to any in-person format, and the entire process was different from any theatre I had participated in previously. Costuming changed to focus almost entirely on the masks (which Mr. Fin did an excellent job with), and movement on the stage was very limited due to social distancing guidelines. Overall, I think that while the process was different in major ways, it still ended up with a great final product.

What challenges did you come across while performing a play that dealt with such a big part of history?

We watched a video on the Holocaust so everyone involved was on the same page with regards to the history, but the play being about such a massive part of history also created a pressure to do well due to the weight of the topic.

How did you feel about tackling such a heavy topic?

I was happy to try and tackle a very serious topic, and I think the atmosphere that came with the subject matter being the Holocaust ultimately made the show better.