A New Beginning: The Eagles Plan to Put the Hurts on the Atlanta Falcons 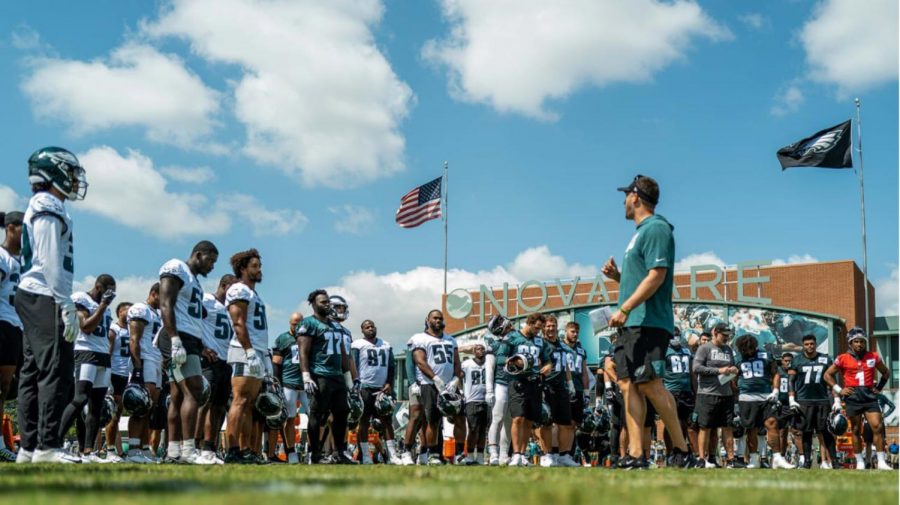 The Nick Sirianni era begins this Sunday at 1:00 PM with the birds taking on the Atlanta Falcons at Mercedes-Benz Stadium.  Fans have been anxious to see what Sirianni and his coaching staff have in store for Arthur Smith and the Atlanta Falcons. The expectations are low this season. Even with one of the easiest schedules in the NFL, the Eagles are considered by many to be the worst team in the NFC East. That doesn’t say much in a division containing other teams like the Dallas Cowboys, New York Giants, and the Washington Football Team.

Carson Wentz and the Indianapolis Colts are a big part of the Eagles future due to the fact that Philadelphia owns the Colts’ second-round draft pick. The draft pick would become the Eagles’ first-round pick if Wentz plays 75% or more snaps. They would also get the first rounder if Wentz plays 70% of snaps and leads his team to the playoffs. Philadelphia owns the Miami Dolphins first rounder as well, so the birds could potentially have Roger Goodell calling three players’ names in the first round who’d be in Eagles green come mid-April.

The pressure is high on Quarterback Jalen Hurts, who had very limited action last year after the benching of Carson Wentz. The former second-round pick out of Alabama has shown his potential as a starting NFL Quarterback. The question is whether or not the Eagles can build its franchise around him. Hurts has the weapons that Wentz never had in DeVonta Smith, Quez Watkins and Jalen Reagor. Let us also not forget about the dynamic tight-end duo, Zach Ertz and Dallas Goedert.

Jalen Hurts isn’t the only one with something to prove this year. Head coach Nick Sirianni hasn’t impressed many people so far during training camp, but we’ll see how he fares when the games start to matter. The head coaching shoes will be hard to fill due to the departure of former Super Bowl winning coach, Doug Pederson. Just like Hurts, Sirianni deserves a chance, and he’ll get that chance starting this weekend against a very inexperienced yet talented Falcons team.