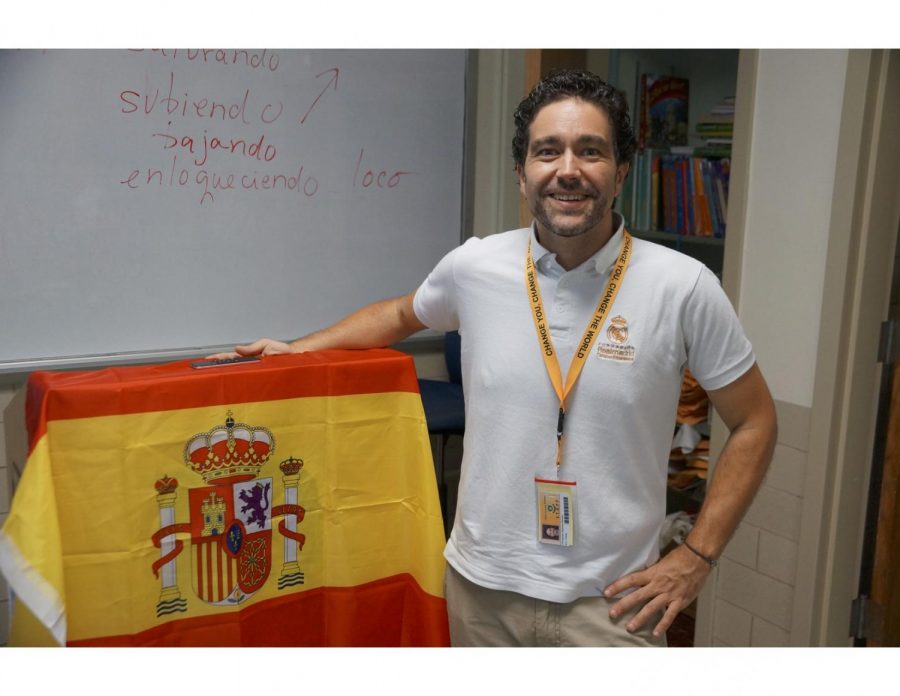 A native of Spain, Señor Ramos is one of several new teachers at Salesianum.  Señor Ramos studied marketing at Universidad Complutense de Madrid and has a master’s degree in Spanish Literature.  Before Salesianum, he worked as the creative director for advertising and educated interns in his marketing company.  He relates marketing to teaching, stating, “You have to teach students in an interesting way to get their attention and have them buy into the class, just like advertising where you have to convince your boss to buy into the concept.”

Señor Ramos was drawn to Salesianum because of the Catholic education and the values of the school, and he wants to contribute to the whole education of the student.  He said he would like to teach the students not only Spanish, but use the Catholic faith to help aid his teaching.  Señor Ramos teaches Spanish two accelerated, honors, and Spanish four accelerated.

When not in school, however, you can probably catch Señor Ramos hanging out with friends/family, playing soccer, at a concert, or traveling.  Despite being in the United States for only two years, he has traveled more than the average person.  He has been to the Grand Canyon, Niagra Falls, New York, and Philadelphia, but would also like to go to San Francisco and Yosemite Park.  His favorite movie and music genres are Sci-Fi and Indy such as Radiohead, Sicur Ros, and Wilco.  While at a gas station his ‘go to’ is a can of Pringles and a Diet Coke.

Salesianum welcomes Señor Ramos to the community and brotherhood and hopes to have an outstanding year with him!