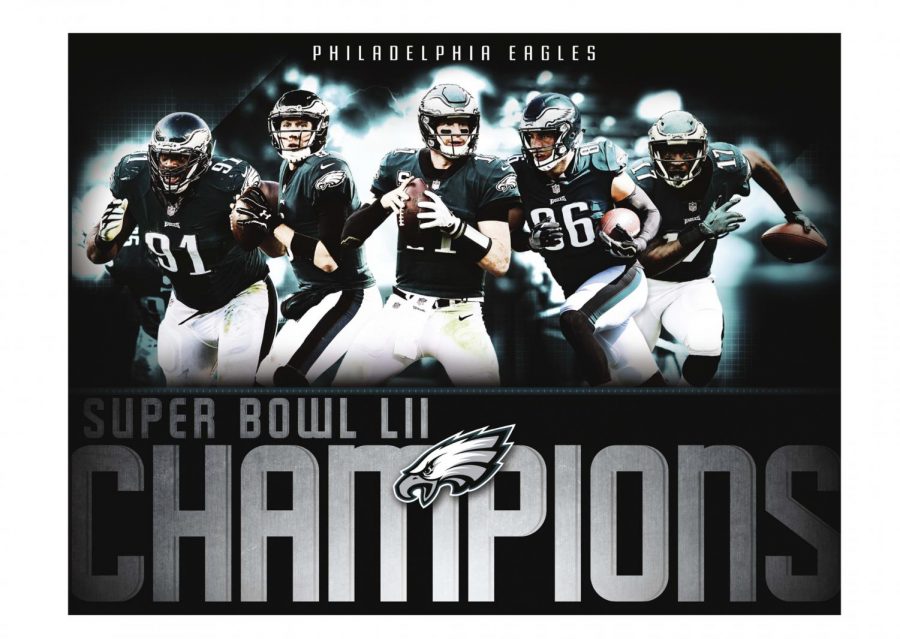 For fifty two years the NFL has held the annual Super Bowl. In this game, two teams face off to determine which will be crowned world champion. During the Super Bowl era there have been many games filled with incredible performances, jaw-dropping moments, and ecstatic reactions from victorious cities. However, one team in particular, the Philadelphia Eagles, have never been able to raise that Lombardi Trophy or boast about Super Bowl rings. For fifty-one years us Eagles fans have been waiting through heartache and hope for that one magical day to come. And come it did.

The 2017 Philadelphia Eagles season was somewhat of a roller coaster. There were incredible moments such as rookie kicker Jake Elliott’s 61 yard field goal, Carson Wentz’s emergence as an MVP candidate, and hilarious touchdown celebrations. But this season was also no stranger to times of despair and numerous injuries, such as star left tackle Jason Peters getting injured and Carson Wentz’s heartbreaking ACL tear against the Rams. After this injury to Wentz, many thought the Eagles’ season was over. Many sports analysts and people in the media immediately counted the team out after this game. However, the coaches, team, and most important the city of Philadelphia never gave up hope on this team. Come playoff time, the Eagles had clinched the number one seed, but many were nervous for the first playoff game against the Falcons due to shaky performances by Foles in previous games. Against the Falcons, Foles looked good and the defense remained solid to win the game. It was after this game when many players and fans branded themselves the underdogs and dawned the now famous dog masks. They rode this underdog status to a 38-7 rout of the Minnesota Vikings to advance to the Super Bowl. Facing the New England Patriots and Tom Brady in the big game was daunting, but the Eagles rose to the occasion with a thrilling 41-33 victory in a game that will go down in history.

Soon after, fans flocked to Philly, thanks to a day off from Fr. Beretta, during the parade to celebrate this special team and this truly once in a lifetime event.