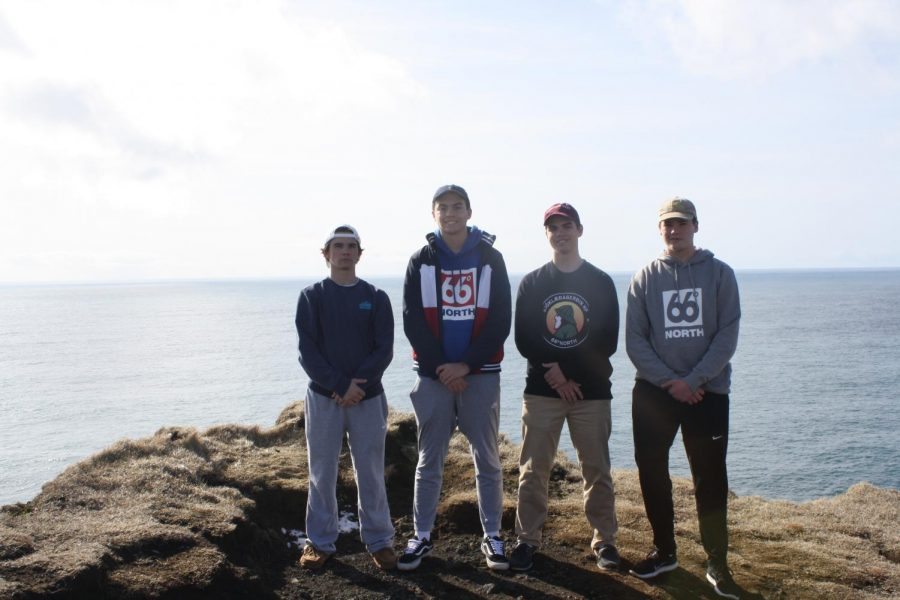 Salesianum is a school that strives to promote education and understanding of world cultures. To emphasize this, Salesianum has trips to numerous countries throughout the world to get to experience and learn about other countries and their cultures. One of these life changing trips took place over spring break. This was Salesianum’s first ever trip to Iceland. Lead by Dr. Anthony and including a handful of upperclassmen, the group set out to explore one of the most beautiful and northern countries in the world.

While in Iceland, the group stayed in the city of Reykjavík, the northern most capital city in the world. They toured the city and explore its history as well as travel to the Bessastadir, which is the official home of the President of Iceland. They saw more natural beauty at Godafoss, which is one of Iceland’s many spectacular waterfalls. The group visited the Whales of Iceland Museum and went whale watching, but to much disappointment, no whales were seen. Additionally, they had the opportunity to meet with a University of Akureyri oceanographer who gave a personal talk on Iceland’s ocean, biodiversity, and climate changes.

Aside exploring the culture of Iceland, such as the replicas of Viking ships, the group was able to see numerous natural landmarks. This ranged from hiking to spectacular waterfalls and to the top of Grábrók Crater, relaxing in the country’s natural geothermal pools, walking amongst volcanic rock formations and boiling mud pots and the steamy natural hot springs of Nammafjall, and got to see the Geysir erupt, from which every geyser in the world gets its namesake. The unique encounters with the culture and natural beauty of Iceland will forever be special memories held by Dr. Anthony and the students who went, memories that hopefully many students in the future will be able to share in.